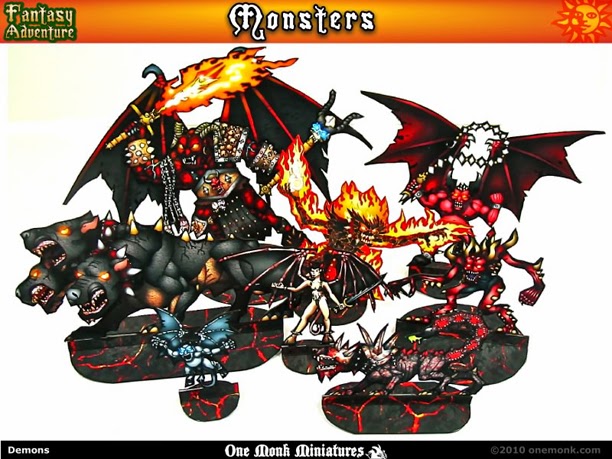 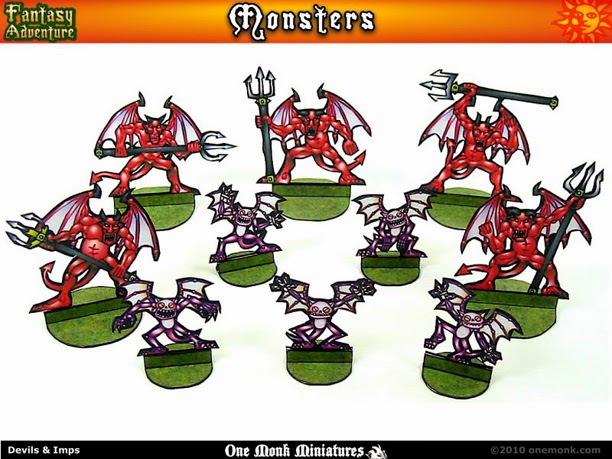 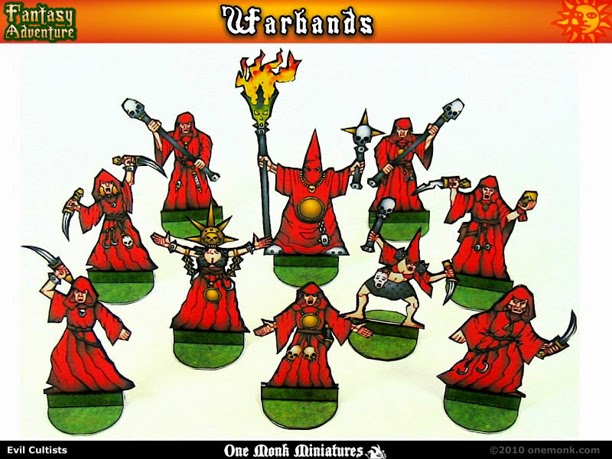 Forum Hoard #121-Halloween Frights has been uploaded! Have fun fighting your very own Halloween wars. 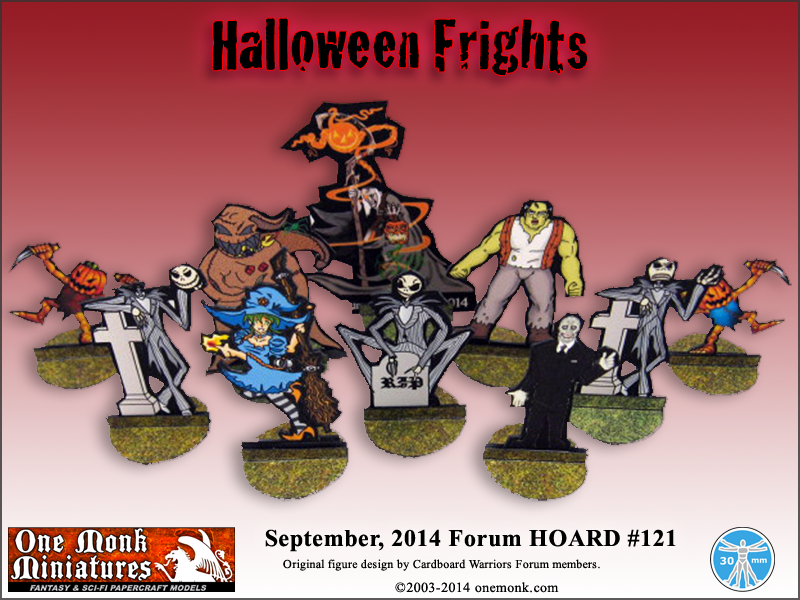 After the survivors of the French army in Algeria had regrouped from the Great Invasion they found themselves in the regrettable position of having to walk home. To this end they recovered and refitted the war machines of the Invaders  to suit their own purposes. What you see before you is the "Anancus"; a sentry tripod walker machine. It acquired the nickname of Anancus due to it's lumbering, elephantine gait.

The "Anancus" Sentry Tripod is the latest in the Mayhem in Paper line of Cog Cruisers for use in your games of Steampunk and Fantasy global domination. There are both a multi-layered and a single-layered version of the model, that include three color schemes for the tripod and two color schemes for the sentry figures, and 15mm scale single-layered versions. Automated cutting files for the Silhouette line of cutters also included. 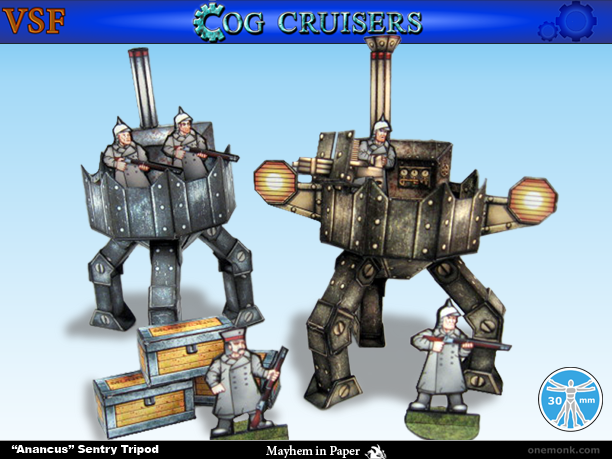